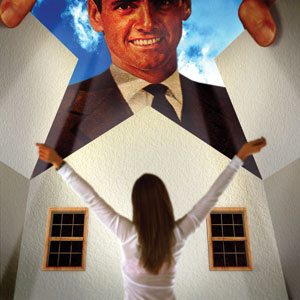 Some see opportunity in a market that many home improvement companies have fled: sunrooms

Think the sunroom market is stuck in a slump? Don’t tell that to Majors Home Improvement, in Pensacola, Fla., which last year hired a salesperson specifically to run sunroom leads, or to Durante Windows & Siding, in Birmingham, Ala., which also hired a sunroom salesperson. In both cases owners see opportunity in a market that now has fewer retail sunroom companies with which to compete.

Though many home improvement companies that once counted sunrooms as their top volume producer have moved away from the product, some that have stuck it out say they are seeing the market rebound. Jared Hagen co-founded Sunrooms and More by American Home Design, in Lexington, Ky., seven years ago, and the company still does 70% to 72% of its business in sunrooms and related products such as pergolas, patio covers, and screen rooms. Operations manager John Penn says the company is successful because it markets sunrooms, seeks the serious customer, and will work with that customer to arrange financing, which can be the biggest hurdle.

“We loved the third-mortgage market and so did everyone else,” Penn says. Third mortgages accounted for 60% of the company’s sunroom sales between 2004 and 2006. Now Sunrooms and More often needs to help buyers afford the room they want by finding an unsecured loan, sometimes used in combination with some portion of cash. Many companies shy away from the work that involves, Penn says, but “we look on getting people financed as just another problem to overcome.”

The company also markets to the right neighborhoods. “Once we started looking for people with a substantial amount of equity in the home,” Penn says, “we started finding them.”

Still in the Game

Larry Chavez, a Four Seasons sunroom dealer in Albuquerque, says that sunrooms are the smaller portion of his home improvement business, which since 2005 has seen replacement window sales expand to become the company’s big seller. But Chavez, who has sold sunrooms for more than 20 years, says he has no intention of abandoning the product — especially now that there is less competition from other sunroom dealers.

Recent Posts
Get In Touch

Buy 3 Windows, Get 1 Free — Take Advantage Of This Deal While It Lasts!